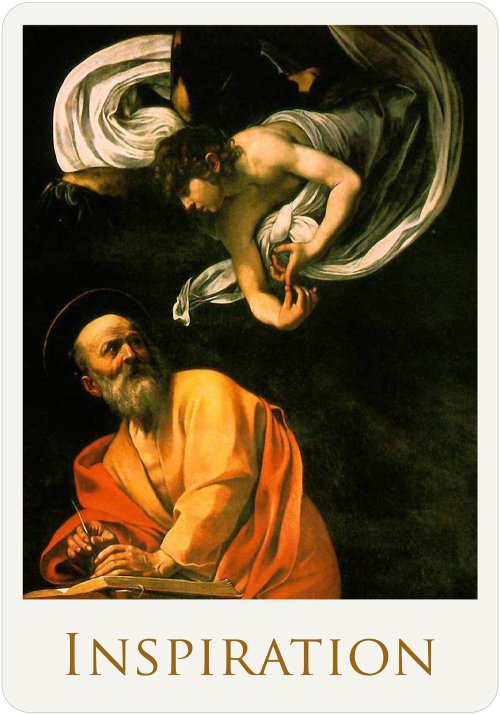 The Inspiration angel card encourages you to pay more attention to the new ideas that come to your mind. They are often angels themselves who bring you creative inspiration. Angels and muses stimulate your imagination. Now is the ideal time for your creativity. Try to invent and do something to enrich your as well as other people's life. Needless to say, the right inspiration will also give you a boost in confidence. This angelic card will help you to overcome the period of boredom and depression.

This card is depicting an angel from "Saint Matthew And The Angel" piece painted in 1602 by an Italian master Caravaggio.

This painting can be found in Rome along with two others, which are also illustrating Matthew's story. The history of these painting is intriguing and worth reading about- including an analysis of the individual characters (The Occupation of Saint Matthew and The Passion of Saint Matthew). The picture in the middle, depicting a scene in which the angel brings an inspiration to St. Matthew (used on our angel card), was the last of the trio to be painted and even had a "sibling" painting but that one was not liked by the audiences. E.Gombrich writes in his Story of Art (p. 29) the following:

"… Those artists who read the Holy Scripture with the greatest devotion and attention tried to create a completely new image of the stories of the holy narrative in their minds. They wanted to forget all the images they had ever seen and imagine what it was like when Jesus was lying in a manger and came to bow down to the shepherds or when a fisherman began to preach the word of God. It has happened again and again that the efforts of a great artist to see old text with completely new eyes have shocked and outraged people. A typical 'scandal' of this kind flared up around Caravaggio, a very courageous and revolutionary Italian painter who worked around 1600. He was given a task of creating a painting for St.Matthew for the altar of one of the churches in Rome. He was supposed to portray the gospel as 'holy' and to see that the Holy Scripture is the word of God, there should also be an angel who inspires his work. Caravaggio, an uncompromising young artist with great imagination wondered for a long time what it must have been like for an older, poor, hard-working man- an ordinary tax collector in the Roman province- to sit down and start writing a book. And so he painted the image of St. Matthew (black-and-white reproduction, Berlin), bald and with bare dusty feet, taking a gigantic book to his hands and grabbing his forehead awkwardly due to the unusual and difficult task to write. Beside him, he painted a young angel who had apparently just descended from the heights and who is leading the man's hand gently- similarly to a teacher helping a child. When Caravaggio brought the painting to the church where it was to be placed on the altar, the people were offended by the alleged lack of respect for the saint. The image was not accepted and Caravaggio had to re-make it. He wasn't risking this time. He followed strictly conventional views on how an angel and a saint should look (colour reproduction, Rome). The result is still a pretty good painting because Caravaggio tried to make his work lively and interesting but we feel he is less honest than with his original painting. The case serves as evidence of the harm that can be caused by those who do not like the works of art and who critique them for the wrong reasons. And more importantly, it is vital to realize that what we call 'artwork' is not the result of some mysterious activity but rather an object created by humans and people."

We do not think that the second version of "Saint Matthew And The Angel" is that much worse as Gombrich suggests although you can certainly feel the compromise between the vision of the artist and the requirements of the Church. Caravaggio is one of the most popular painters of our editorial staff - his work can often be recognized by a unique contrast of light and shadow. Caravaggio's paintings often look as if they were illuminated by an intense "spotlight" which of course did not exist in the Baroque era. We believe that his paintings will be attractive to you as well. 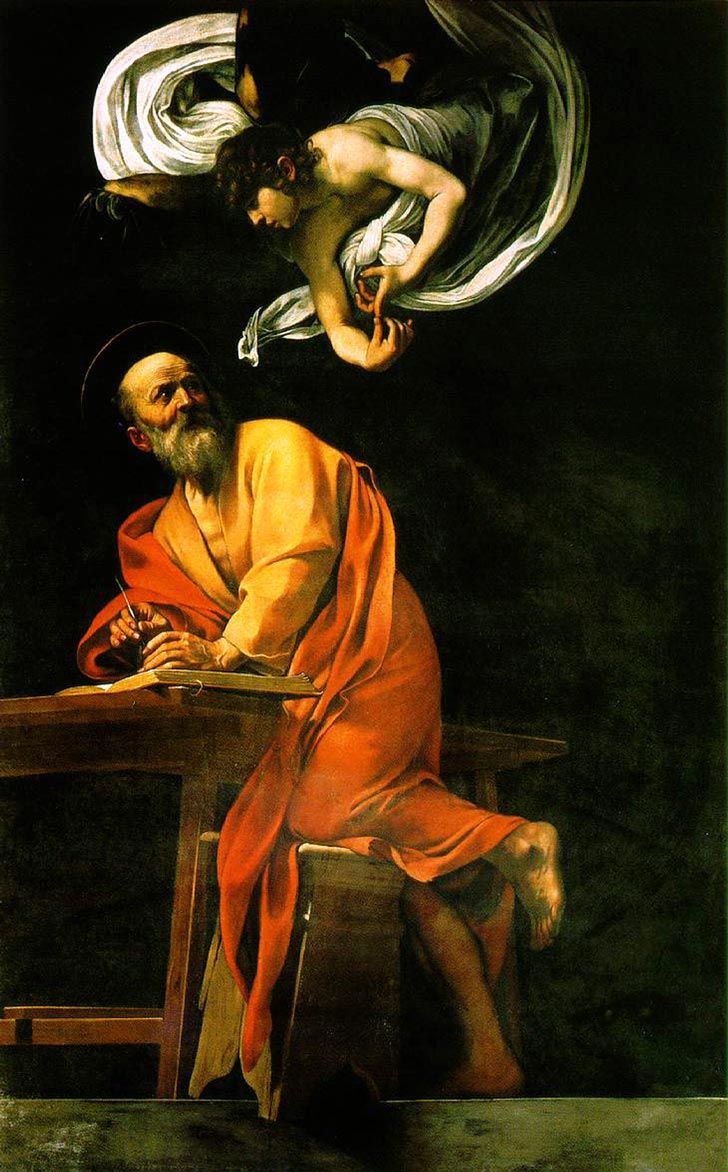 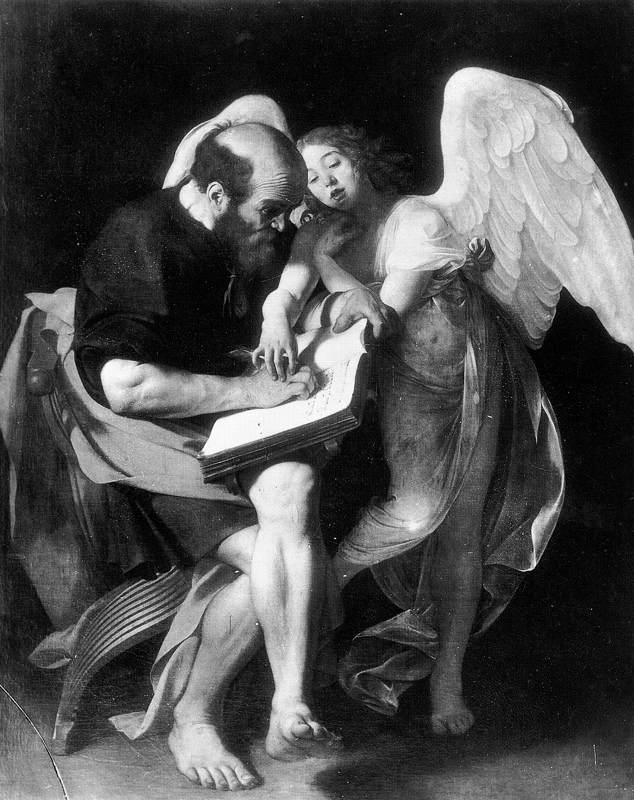