The Courage angel card encourages you to be very determined when actively solving problems. You might also have the perfect opportunity to start a business or to start a new project. Angels are advising you that now is the right time to try and start fulfilling those wishes that you have not had the courage to explore yet. Also, focus on others. If you see that there is some injustice happening around you or that people act selfishly, you should take action and try to change the situation for the better. This angel card is a good help in times when cowardice and passivity are surrounding you.

Q: What to rely on when dealing with investment and finance?

The Courage Angel holds back an old man's hand (Abraham), who is ready to obey God's command and sacrifice his son. The interpretation of the card, therefore, quite straightforwardly says that the questioner should also be prepared to demonstrate a lot of courage, which in the world of finance usually means acting opposite to the crowd, going own way, often "upstream". Buying what others are selling in panic, or vice versa, selling what others are greedily buying at truly astronomical prices. Thus, investment courage can be also a time when it will be necessary to overcome temporary adversity (a stock market decline etc.). Alternatively, the angel card motivates you to resist to some enormous financial offer, which later turns out to be only a misleading expectation of easy profit.

This angel card is depicting "The Sacrifice of Isaac" painted in 1634 by a famous Dutch painter Rembrandt.

In this painting, we can see an angel whom God sent to stop Abraham as he prepared to sacrifice his son. This is a well-known biblical story, in which God subjected Abraham to a difficult test so as to find out the strength of his devotion and faith. After being stopped, Abraham sacrifices a lamb instead of Isaac.

Once is able to see a very dramatic moment in this painting - Abraham's hand is held back literally at the very last moment while the knife is being dropped. Both the angel as well as Abraham are captured in movement. Rembrandt was able to capture the moment of surprise that must have been part of this moment.

The same scene is portrayed in Caravaggio's painting (below) but it seems much calmer. Only the expression of a screaming Isaac, who is turning his eyes towards the viewer thus drawing him into the scene, raises strong emotions. This image particular image is older and it should be mentioned that Rembrandt knew of it.

Perhaps, a painting of the same story by Domenichino (below) is also worth mentioning despite the fact that it leaves a contemporary observer quite cold towards it. The figures depicted in it have static expressions on their faces and even the sword Abraham is holding, and which seems that could hurt angel rather than Isaac, does not look as dangerous as the falling knife in Rembrand's painting. Also, Isaac in Domenichino's piece looks either like fainting or as if he is bored, while in Rembrandt's masterpiece we can't even see his face, which looks mysterious and dramatic. 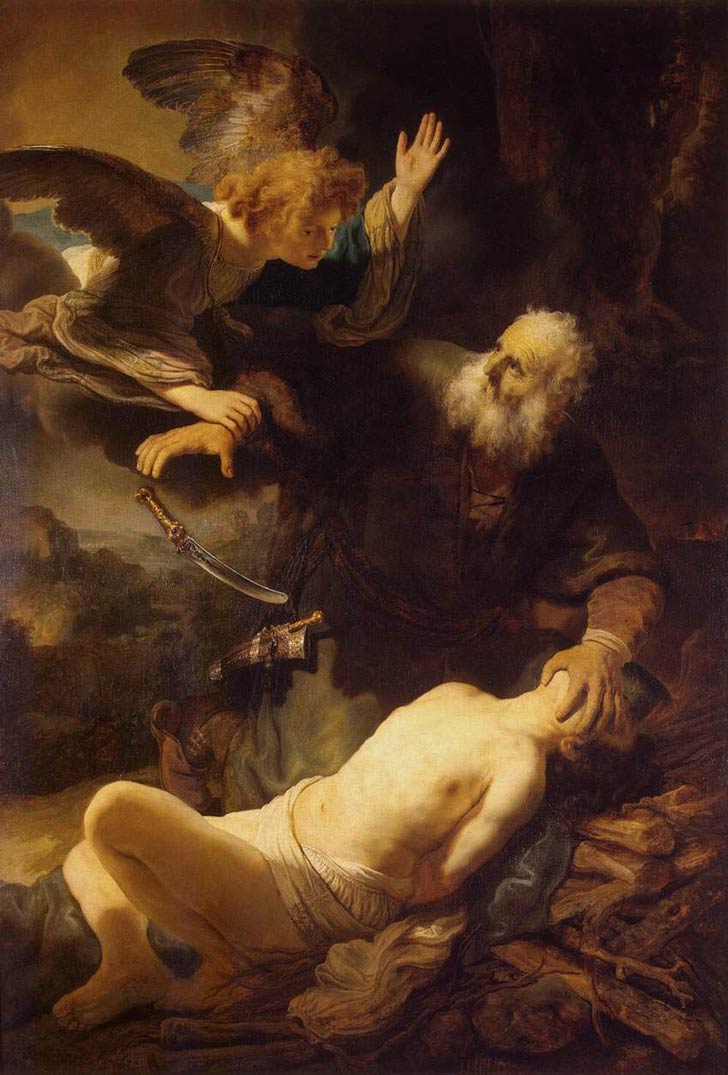 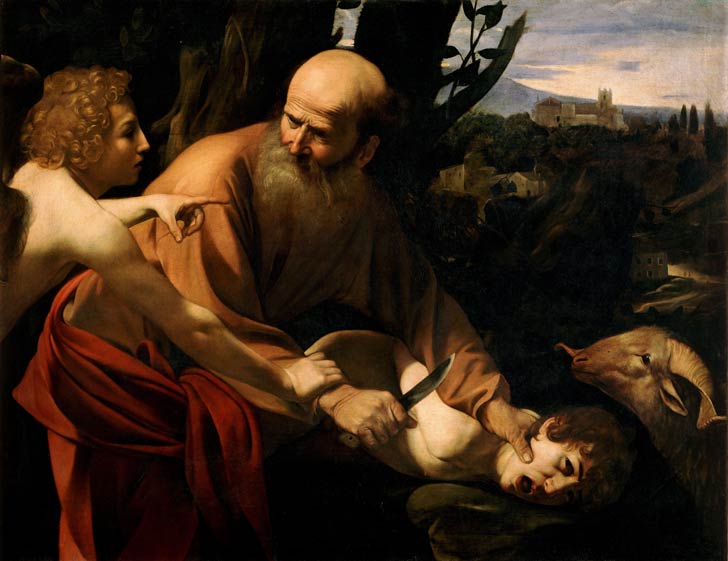 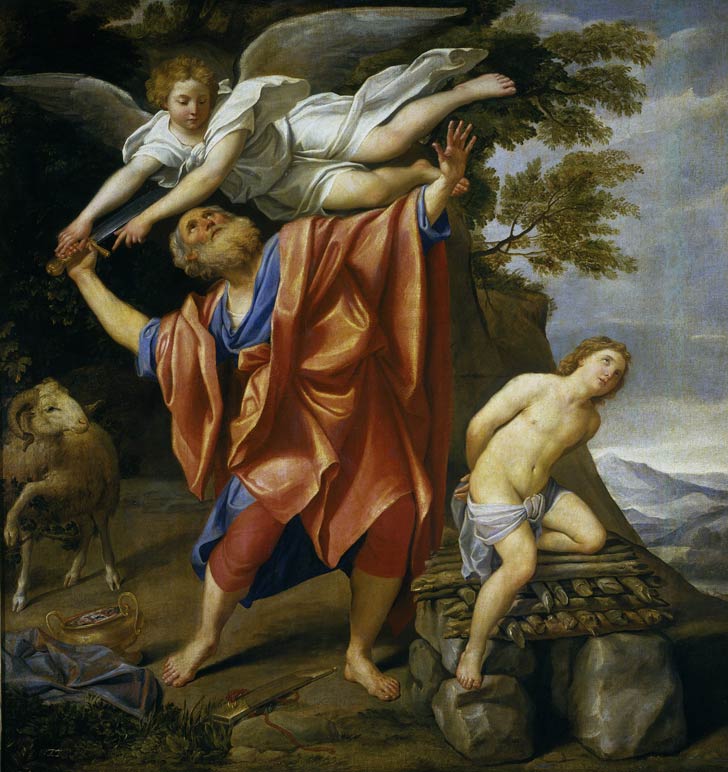