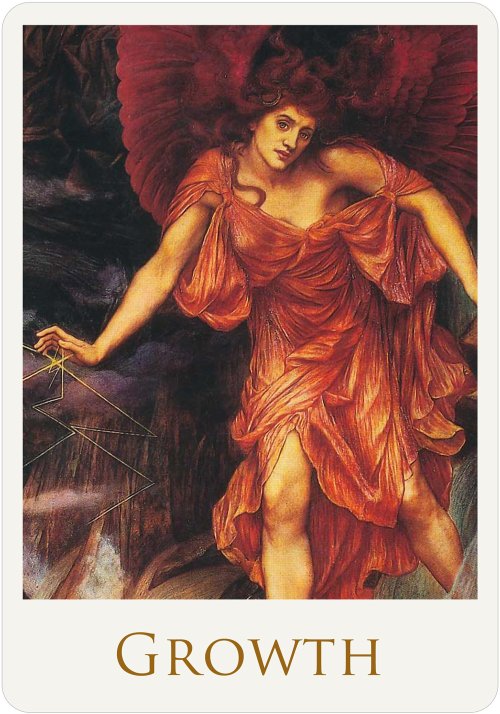 The Growth angel card is turning your attention towards some sort of activity. The upcoming period will be notable for the creation of values, diligence and movement. The angels are inviting you to work and also are also helping you to find the motivation and defining the right goals for your life. Do not be selfish and remember to think of others while working on your goals. Focus on what will make the world a better. This card will help you to survive a period when laziness is trying to get the better of you or when you are simply not at your best. And with this card, you'll more easily face destructive people.

This card depicts an angel from "The Storm" painted in 1900 by an English painter Evelyn De Morgan.

In the background of this stormy scene, you can see the sea being rather calm and an island representing an oasis of calm- a desired but distant future. The painting was created before the end of the Second Boer War, and it is certainly possible that the rampage from the battefield is reflected here (The Boer Wars happening between 1880-1902 were wars between the Boer settlers of the south African regions and the British Empire. The British Empire won despite the heavy losses). 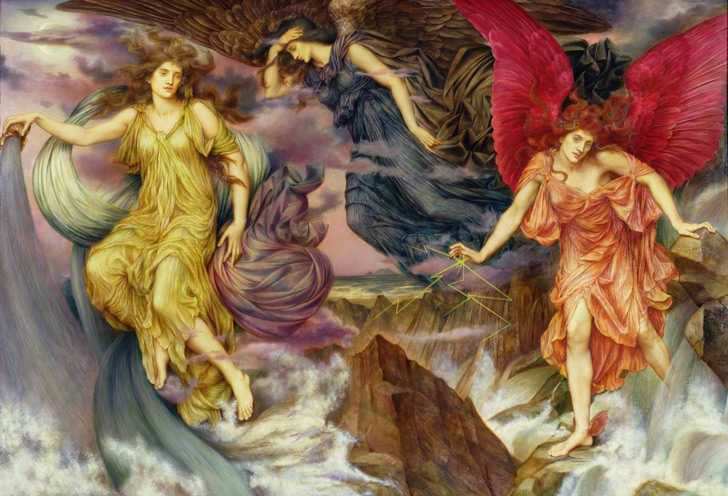