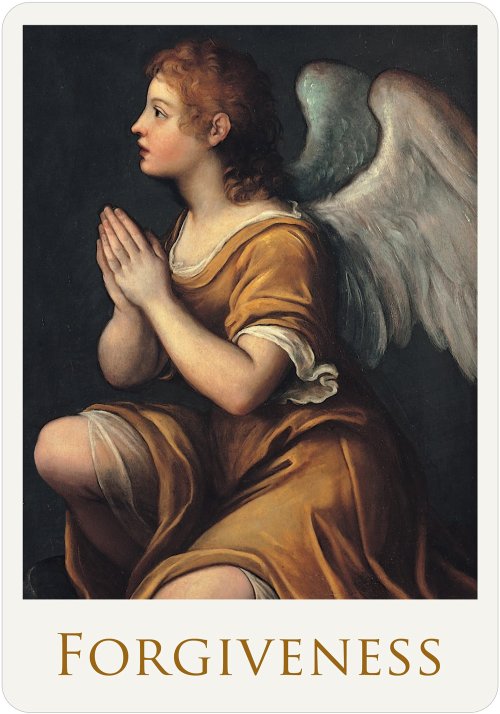 The Forgiveness angel card is leading you to inner cleansing. To feel strong and balanced, you must be able to forgive others. And that goes even for the ones who didn't really treat you with honesty. Through this card, the angels are inviting you to forgive the sins of others and of yourself. Get rid of anger and hatred as well as thoughts of revenge. Do not make light of what has happened but try to perceive the past with ease. Bad deeds will never become good. But you will live with a better feeling in your heart if you get rid of the feelings that plague you and of the feeling that you need to punish yourself. Angels will help you pass through injustices and to look at others and yourself as an erroneous but still special human beings. This card makes it easier for you to forgive everything that has been really bothering you.

This card depicts an angel taken from the painting "Madonna with The Child and Angels" created in 1610. It was painted by an Italian painter Francesco Albani.

The white-clad angel on the left is special due to the fact that he is pointing towards the viewer - as if outside of the picture. It seems as if he pulling the viewer into the scene through this gesture. The angel in the brown robe on the right then pleadingly closes his hands and watches the expression of the Virgin Mary. It gives an otherwise static appearance a rather interesting charge.

Another interesting and probably better-known picture with the angels Albani painted is "The Angels Dance" (La danza degli amorini) dated 1623–1625. It has been reproduced many times throughout history. 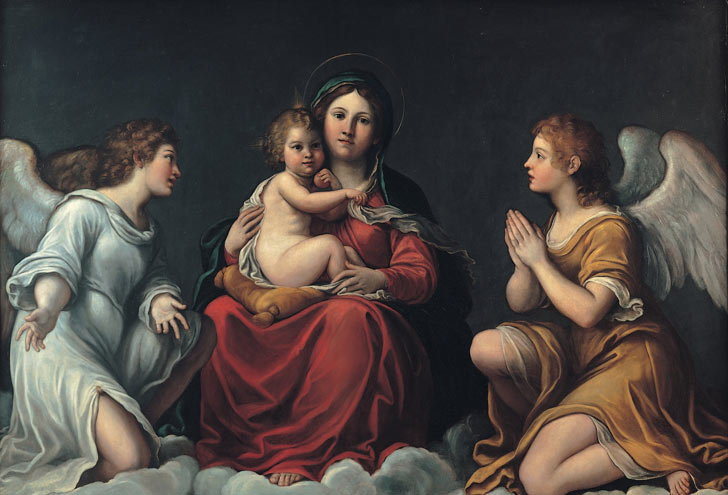 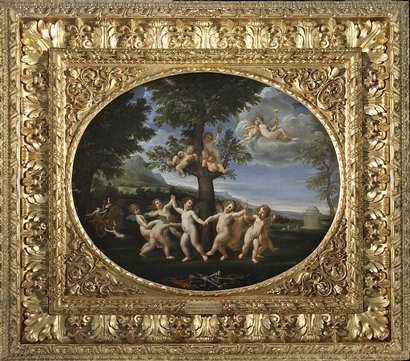 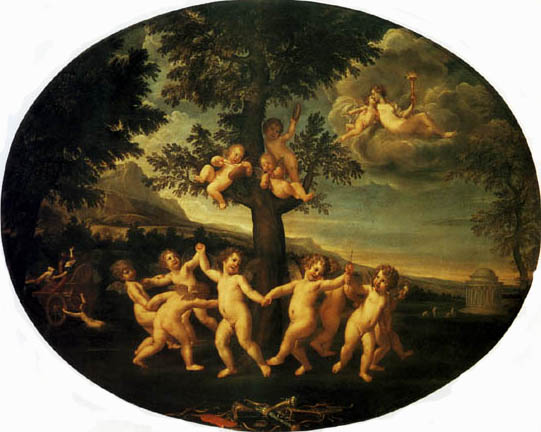