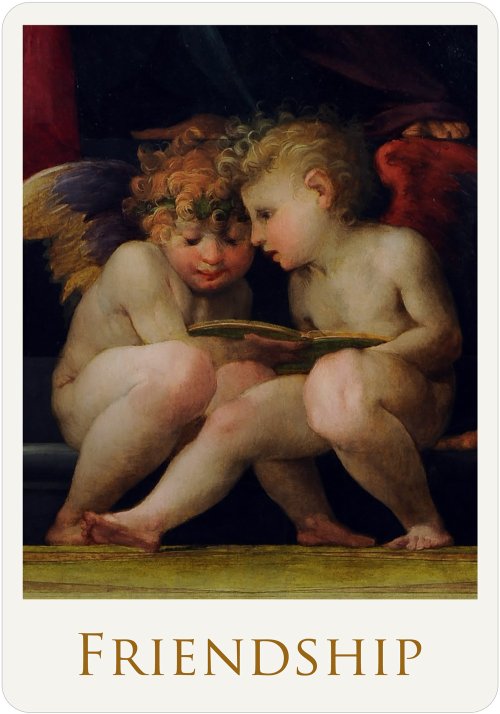 The Friendship angel card is reminding you that there is a time when friends are especially important. At the same time, it is necessary to understand that the relationships around you are changing. Some friendships fade over time and disappear into oblivion while others are quite new. Angels feel that you wish to be surrounded by noble and communicative people whom you can fully trust. This card will also help you at a time when you come across selfishness and manifestations of unhealthy rivalry both of which are often accompanied by anger, resentment and hatred.

This card depicts two angels from the painting "Madonna Enthroned With Four Saints" from the year 1518. It was painted by an Italian painter Rosso Fiorentino. The image, on which the two angels are rather marginal, is quite special when it comes to its atmosphere. It was created at the end of the Renaissance period, during the so-called Mannerism. The four saints (John the Baptist, Anthony, Stephen and Jeronim) stand around the Virgin Mary who is holding little baby Jesus in her arms.

Saint Jerome is strikingly gaunt, has a sunken stomach and his facial features suggest that he is suffering from a severe illness. But other characters are not much better off. Rosso Fiorentino has darkened the eyes of all the characters making them look almost as if their spirit is not really there. The expression of little Jesus seems especially demonic. The whole painting is full of colours that are making the whole scene lively and powerful. But there is a strange feeling of restlessness present.

The painting "Madonna Enthroned With Four Saints" is not one of the nice pictures that you would like to hang in the living room as a poster. Yet, it truly is a masterpiece.

We have not spoken yet of the two little angels who create, situated under the feet of the saints, a kind of twisted pair- as if a sort of different and independent world. The heads of small angels leaning towards each other might give us an impression of trust (we might even ask what book they are studying and what they are talking about). That is why they were chosen for The Friendship card.

Mannerism is characterized by unusual compositions, depicting even bizarre ideas and using vivid colours. Arcimboldo and his painting of Emperor Rudolf II made of flowers, fruits and vegetables, might be the most typical mannerist painter for laymen. 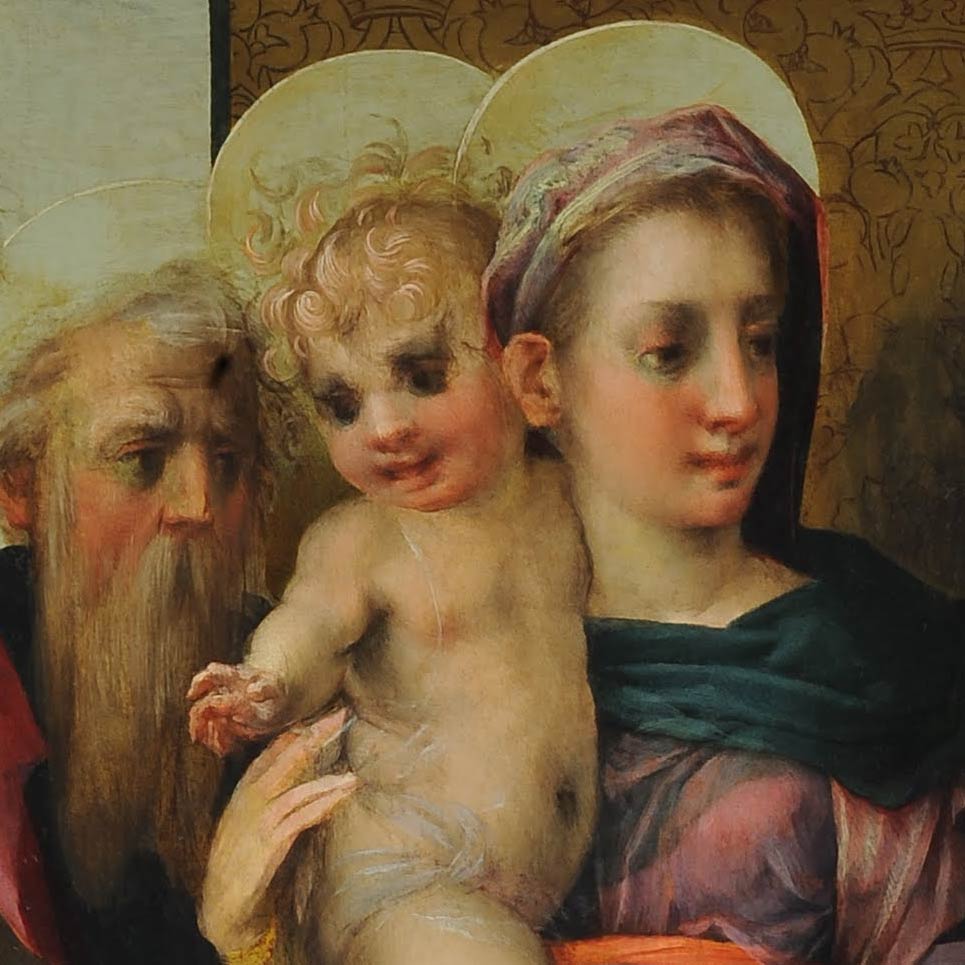 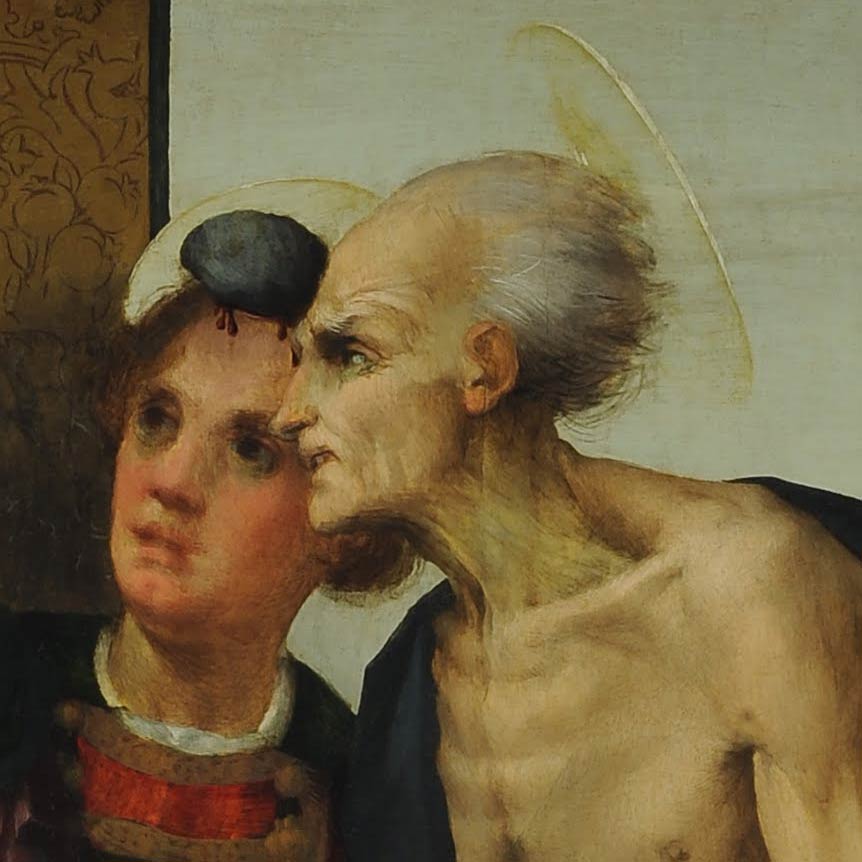 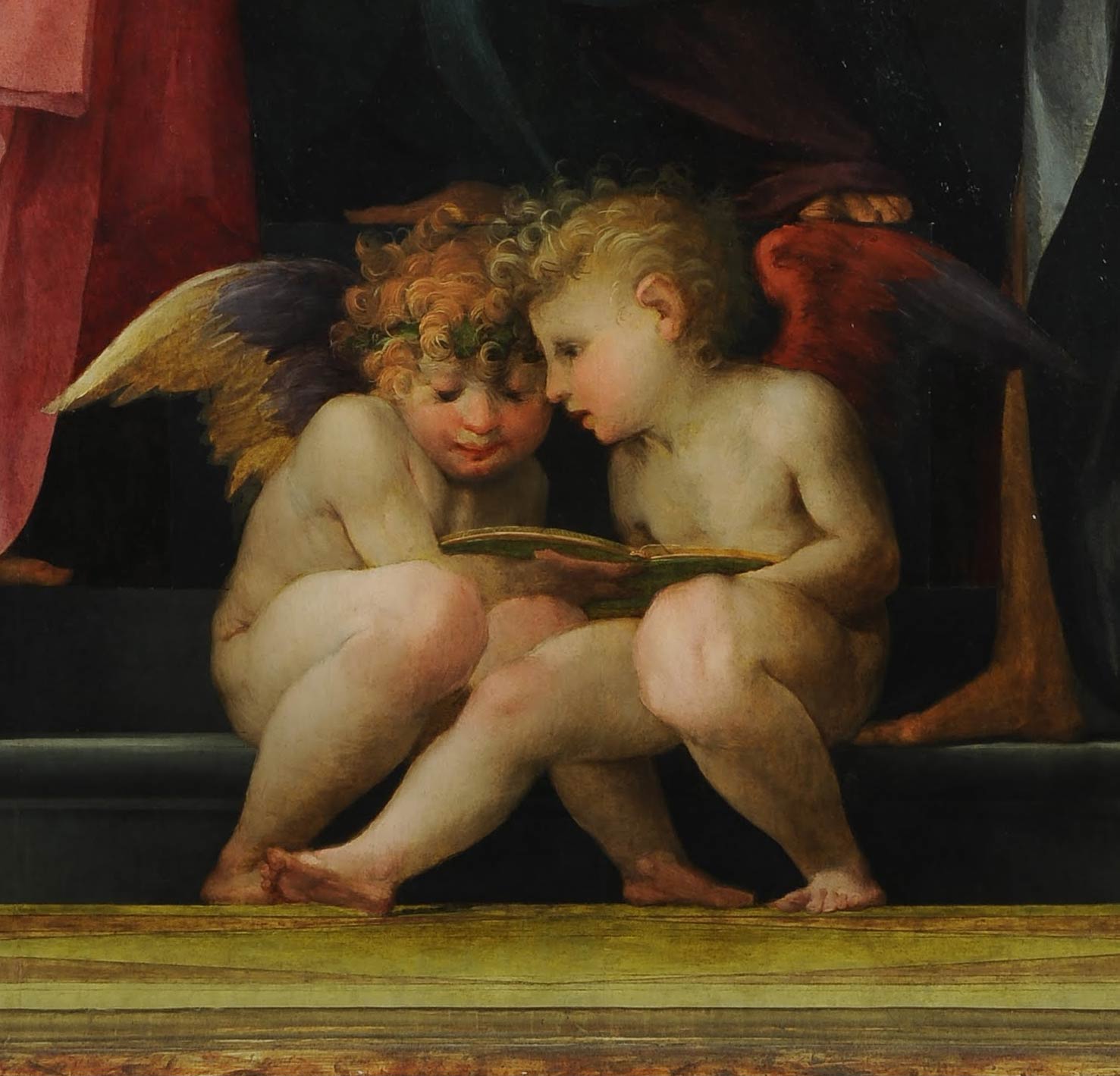 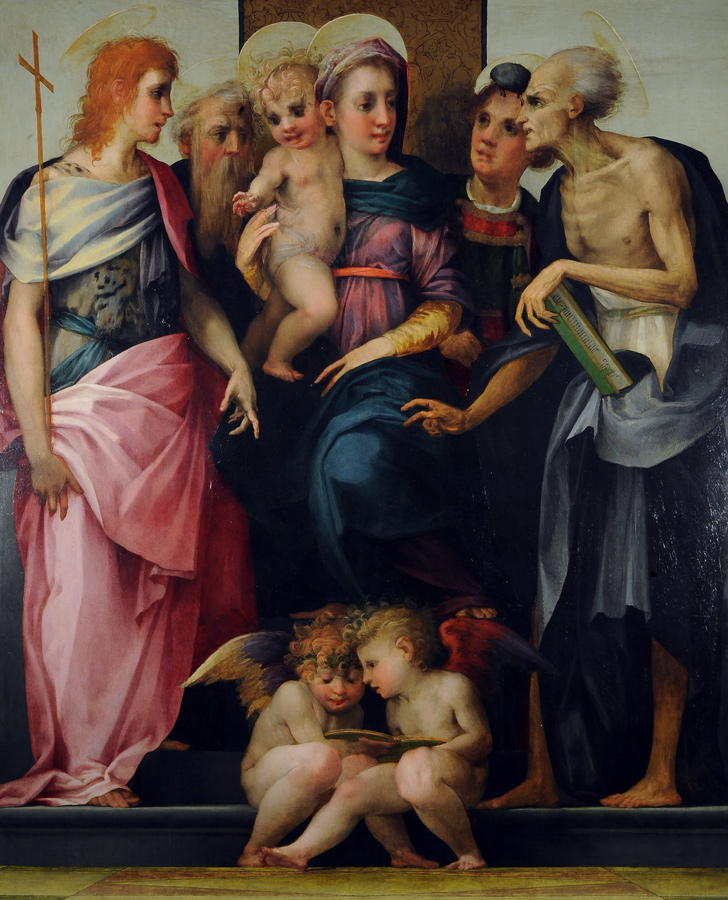