'The Knowledge' angel card invites you to study and expand your horizons. Even the most educated, let alone ordinary people, cannot say "I know everything there is to know". Angels are reminding you that now is the time in your life to focus on education and the search for wisdom. Socrates once said "I know that I know nothing", statement that represent the bottomless well of wisdom. Every new experience should expand human curiosity and the desire to gain more knowledge. This angel card will help you if you feel the shadow of ignorance touching your heart.

This card is depicting an angel from the painting "The Vision of St Bernard" from the year 1480. It was painted by an Italian painter Filippino Lippi.

Saint Bernard was chosen, at the age of 25, to establish the new Cistercian monastery in Clairvaux. He was also the author of very strict religious rules through which he sought to restore the original rigor of the Benedictine Order. One of the ways he has chosen was the book.

The painting "The Vision of Saint Bernard" is very detailed and portrays the mystical scene in which the Virgin Mary appears accompanied by a group of angels before the Saint Bernard (the Virgin Mary was a frequent subject of the Saint's writings). The composition is set in a rocky landscape where the saint is writing the book.

Devil: One can see a character of an evil spirit (the devil with the eyes of an owl) behind Bernard's back biting the chain - a symbolic representation of a sinful bond.

The Patron: In the lower right corner on the painting, you can see a patron, Francesco del Pugliese, who has ordered and paid for this painting. Some scholars also mention that the Virgin Mary is painted with the face of the patron's wife and the faces of the angels are in fact faces of their children. 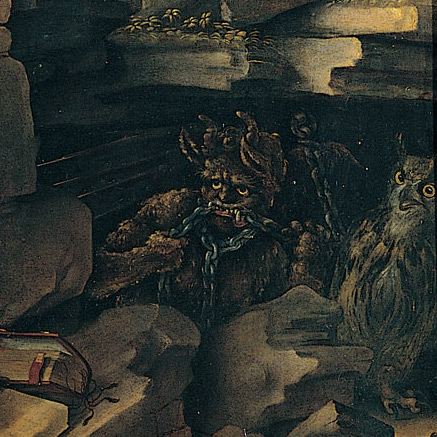 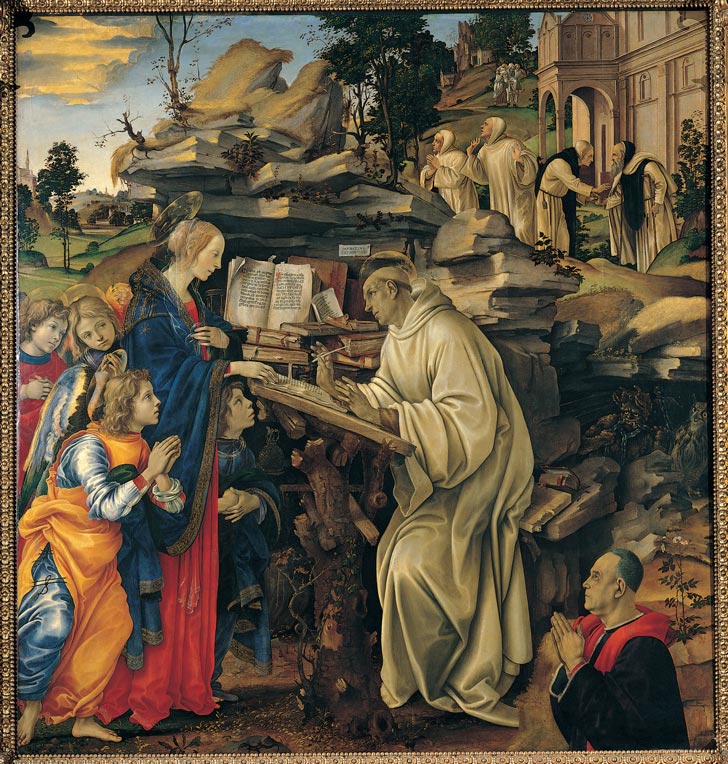