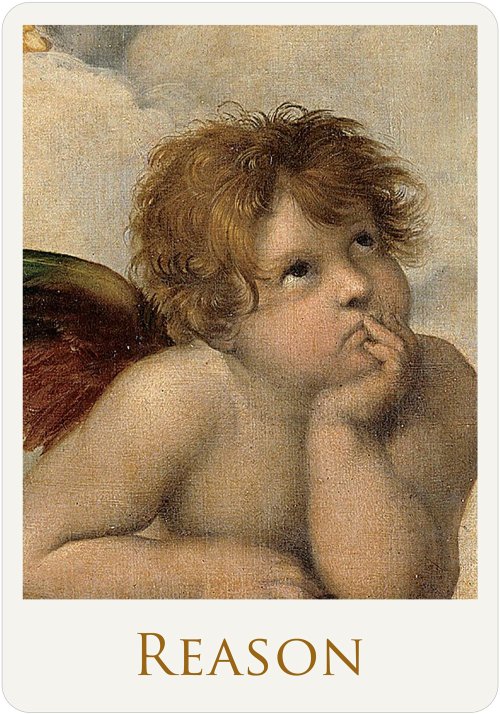 The Reason card strengthens your prudence and realistic vision of the world. The voice of your heart is an important source of energy but the real ruler of your decisions should be intellect. Be critical and try to see the world soberly. The angels will assist you in doing so. Keep your distance from the problems. Do not act impulsively and do not take things lightly. This card will help you to survive a period of short-sighted and naive behaviour in your life or in the life of your loved ones. The reason should always be a facilitator between what intuition leads you towards and what the society wants from you.

This card depicts an angel from the painting "Sistine Madonna" painted between the years 1513-1514 by an Italian painter Raffael Santi.

We have chosen only one of the two pairs of angels in the picture- the one on the bottom of the piece. An analysis of the arrangement of the characters, the symbolism and the turbulent history of the painting can be found in detail on Internet (FYI, the picture was taken from Dresden to Moscow during the Second World War as spoils of war and returned to Germany after 1955). The two Raffael angels became much more famous than the entire Sistine Madonna painting. This pair of observing, thoughtful, longing and perhaps even slightly bored celestial messengers can nowadays be found on many postcards, calendars, and souvenirs. Based on one of the legends, the angels came to be in the painting when two women came to visit the master to see what he is doing and inspired him. Another story attributes the inspiration for the angels to a pair of children Raffael spotted on the street staring longingly at the bakery window. 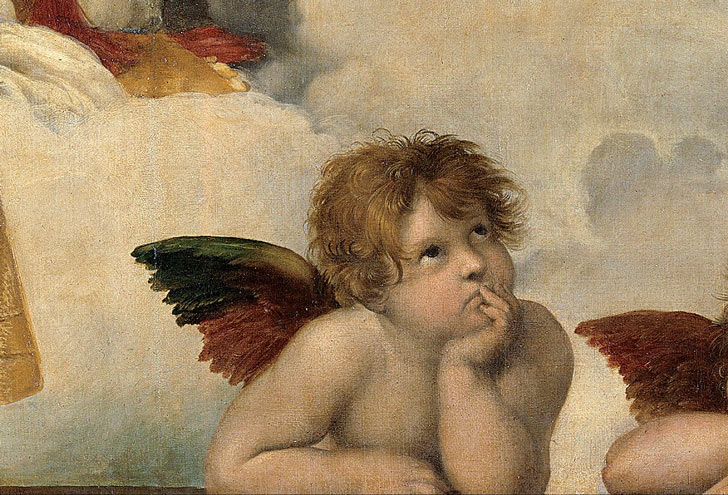 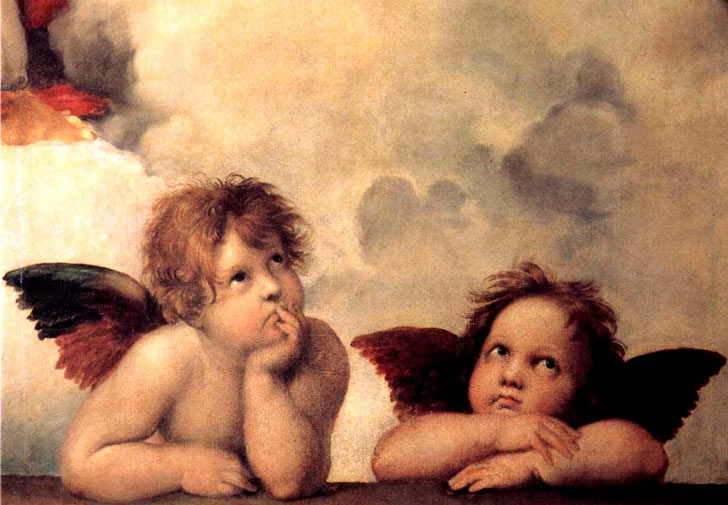 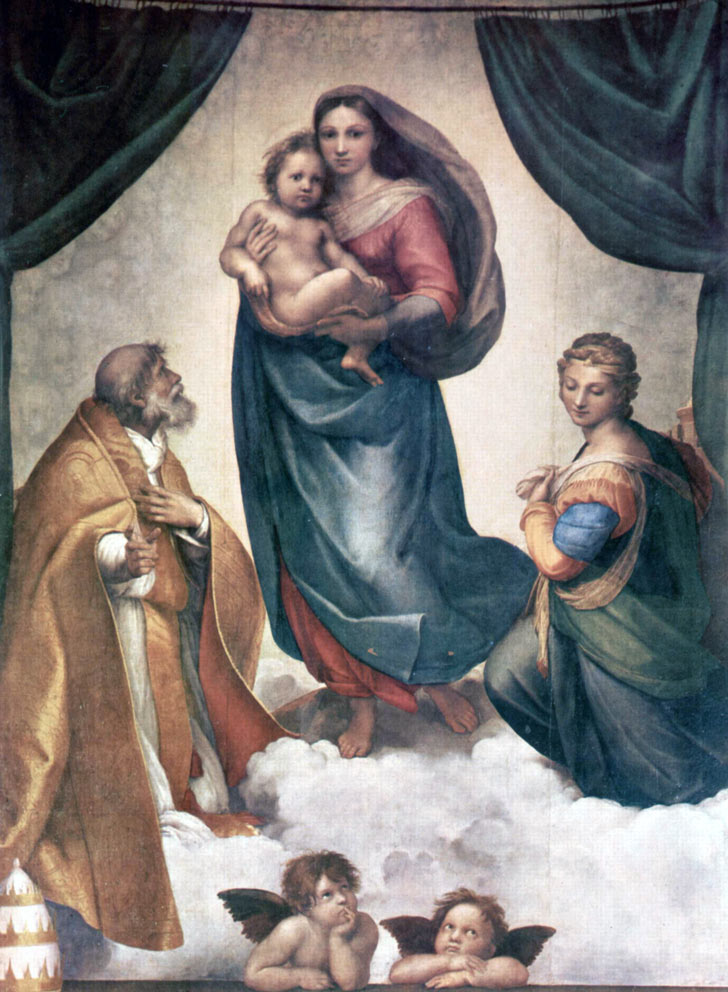